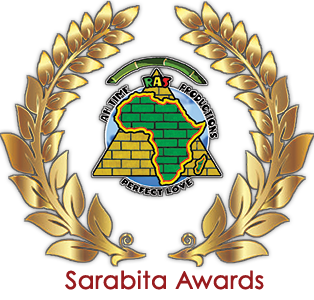 The Sarabita Awards was started on December 20, 2012, by Ah Time Ras Productions. It is the brainchild of Emile Ivy, also known as Ras Atiba. Sarabita is an art, root and culture movement based in Brooklyn, New York. The monthly event serves the multicultural community of East Flatbush. It is a haven for global creative expressions.

The certificate of excellence and lifetime achievement awards are given to individuals and groups on the merits of community services, the promotion of dub poetry and reggae music. Sarabita’s first award ceremony, in 2012 was the honoring of legendary dancehall Reggae singer Sammy Dread, with a lifetime achievement award for his contributions to the Sarabita movement and development of global reggae music.

There was a shift from the awards for three years. However, in 2016, Ah Time Ras Productions returned with its second Sarabita Awards ceremony at the famous African poetry theatre in Queens, NY honoring Patrick Junior De Minister, Grey Roberson, Lion Melta, Douglas Guthrie, Jerry Rueben. It didn’t take too long before we were back in Brooklyn for the third Sarabita Awards, in 2017. The awardees were RCK97, Karen Morrison aka K-Vibes, Empress Igena, Randy Fagan aka Uncle Randy, David Reid aka Ruff Scott, Marcy J. Gordon, Ayaaso Reggae band. Our most recent recipients for the 2018 Sarabita Awards are Lady Ann, Maurice Archibald, Ras Takura and Radicle Visual Media. 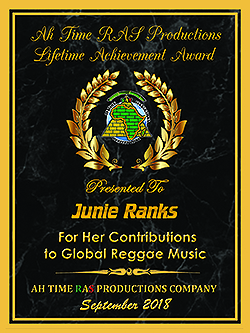 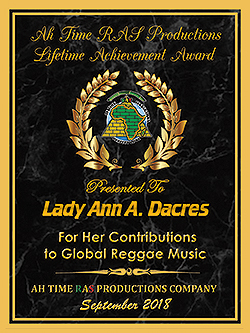 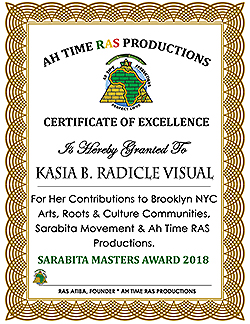 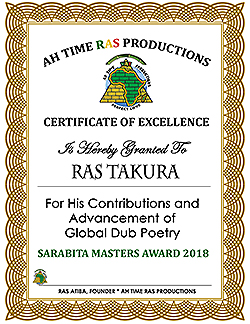